So there I was cruising the internet for second-hand bookstores for sale, as you do, when I stumbled across Cliffside Village Books although the name and location were never mentioned in the ad. Even though it was exactly what I was looking for, I was not expecting to actually find anything, let alone something I could conceivably buy. But there it was, in all its glory…on craigslist.

To make a relatively short story even shorter, within one month of seeing the ad the store was mine.

The first day of being the legal owner, I didn’t feel any thrills of excitement or have any overwhelming moments of jubilation. I didn’t even stop to think, “I own all of this.” The only thoughts going through my head were, “this store needs some serious cleaning,” and “where do I even begin to organize this place.”

Since then I’ve been cleaning and organizing a little bit every day, making the shop more “mine” than it was when I bought it. The process has been slow, not because it’s hard, not because there is so much to do, but because I keep finding really cool things that I simply have to stop and go through. 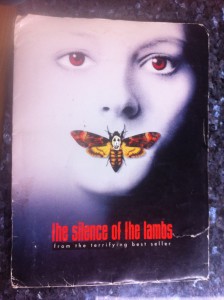 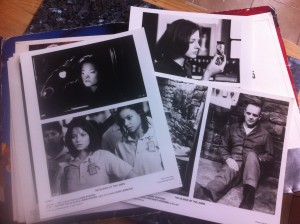 Press release kit from the 1991 Silence of the Lambs. It’s got cast and crew info, production info, and some wonderful photos from the movie. Although to be perfectly honest, my favourite picture is this one because obviously Dana Scully was an integral part of the Silence of the Lambs… 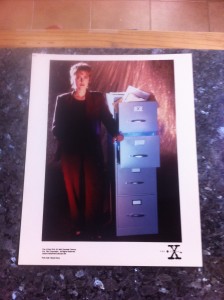