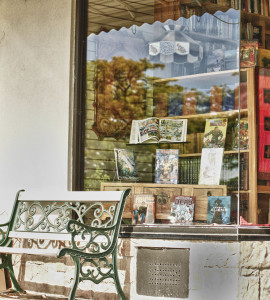 A couple weeks ago as I sat alone in the shop talking to myself, I decided it would be quite fun to do a photo-shoot. Having established the thought I promptly did nothing to further the idea. It seemed like that would be the best way to go about things. Turns out I was right.

The next day a new customer, Adrian, came in. Like many first time customers he explained that he often drove past the shop but had never actually managed to come in. While his daughters browsed we got to chatting and as it turns out Adrian does photography. He then suggested that a photo-shoot in the shop might be a fun thing to do. 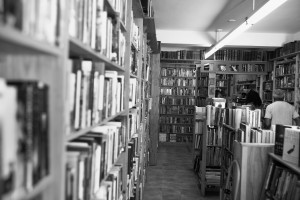 “Go figure! I was just thinking that exact thing yesterday!” is not at all what I replied. Instead I said “Yeah, that’d be great” (A significantly less interesting response). The rest of the conversation (as it pertains to the photo-shoot) went something like this

Adrian: I’m being serious
Me: Yeah, me too
Adrian: I’m free next Saturday
Me: I’ll be here 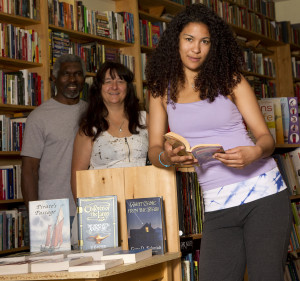 After our extensive four sentence planning session he took a business card, bought his daughter a book and left. And I never heard from him again… until the following Saturday when he showed up first thing in the morning with his camera and lighting equipment.

There was no real rhyme or reason to the morning. Mostly I talked and worked and Adrian snapped pics. Then my ever so wonderful parents came for a visit and were immediately forced into posing with me. 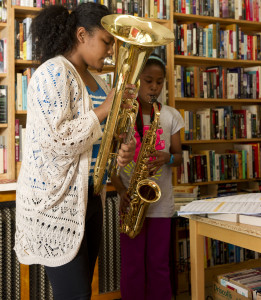 it turns out morning bookshop photo-shoots are a great way to start the weekend. And to make things even better as we wrapped up the shoot Adrian’s daughters who had been at their music lessons came in and serenaded us!