The other day I realized there is a drawer in the shop that I have never opened, which is strange, so I opened it. Turns out it was full of Halls and dust and miscellaneous bits of things. For example, what I think was part of a belt, a largely un-functional wallet (with more holes than wallet), and an empty bottle of herbal immune system formula. The discovery turned out to be both confusing and unexciting. But it would seem the random bits were a decoy. Upon opening the drawer you’re supposed to think, “Oh this is a junk drawer” and then promptly close it and never look in it again, but I cleaned the junk out of it, in the hope of re-purposing the drawer and found all the treasures hidden underneath.

There were four treasures. Two of them were different versions of the Common Book of Prayer, and Administration of the Sacraments, and other rites and ceremonies of the Church according to the use of the United Church of England and Ireland… (I know, super long winded title, so much so I didn’t even want to finish typing it.) One is teeny tiny at only 3 ½” x 2” and the other only slightly bigger but much more decorative. 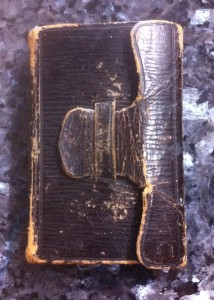 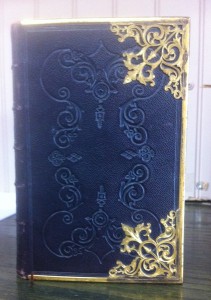 The third treasure is called The Herald of Mercy. It is a collection of Christian newsletters of the same name, from the early 1900s. It’s also full of delight old adverts. 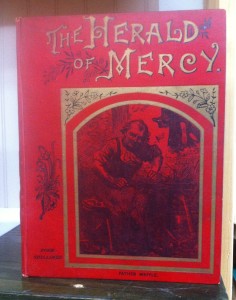 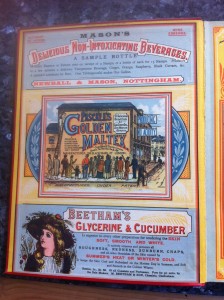 And finally the fourth treasure. This one I found to be the most exciting but only because it’s Japanese and therefore I had no idea what it was about. Luckily I have my own personal Japanese speaking sister, so I promptly took pictures of the book and enlisted her help. It turns out the book is an introduction manual to Judo School 9th degree, written by a man named Kurihara Tamio, who is a master of the Koudoukan Judo School. To put the awesomeness of this 9th degree manual into perspective only 15 people have ever achieved 10th degree and Kurihara Tamio was one of them, which is even more badass when you know that most Judo Olympic athletes are usually around 3rd degree. 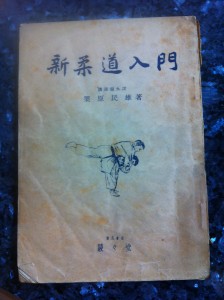